DMZ: Zone of mutual delight or zone of mutilated dimensions 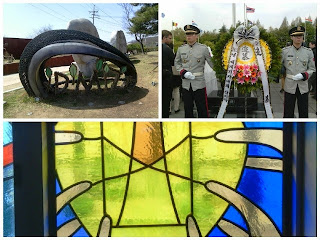 Signs of peace shone across the road to DMZ—a railway track leading to North Korea, a station, an old steam engine in the park, a bell of peace, stones from across war sites. The bridge of freedom where we captured our moments was full of ribbons and medals, the sacrifice of many standing out when the was divided into North and in July 1953. We were 100 journalists from 60 countries on a visit to the De-militarised Zone near in . This strip of land is a buffer zone or de facto border barrier cutting the into north and south. Nearly 260 km long and 4 km wide, this is a strip of ironies, a land which belongs to all, yet to none.
Invited by the Journalists Association of Korea on the occasion of ‘The 70th Anniversary of National Division: Think about Unification on the ’, it was a moment of truth as the buffer zone lives under strict regulations. Peace lies on the surface of a simmering volcano.
Ironically, check points run parallel to the signs of peace. Soldiers watch every vehicle, every movement. Only a select few are allowed in. The DMZ is full of landmines and any movement can be viewed as suspicious, we were informed by the United Nations Command battalion stationed there. So no signs, no hand waving out, no photographs of the southern side. Briefed about the major incidents when the Korean Armistice Agreement was overlooked and led to the deaths of many, it was then a rapid visit to see the spots. The bridge of no entry--when the people were allowed to choose their country and never look back—this road now lies empty. The blue building where talks have been held but never led to any conclusion.
The land of peace, belonging to none, is soaked in the sacrifice of many, has absorbed the blood of many. There are lessons to be learned here. There are ironies to be experienced here. It is the land where all sleep with suspicion and distrust as the top brass focuses on trust-based diplomacy to unite the two countries. 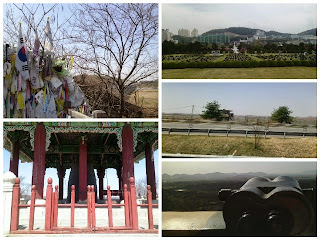 Will the zone ever find delight or is it doomed?
On the surface, all is calm. But the undercurrents stand out as the ROK soldier does not even appear to be breathing while visitors are busy clicking their photographs. Their eyes and senses are busy on how the soldiers on the other side of the road are going to react. We are given only a few minutes at each landmark as long activity by any one group is a sign of suspicious activity, we were informed. No mobile calls, no handbags, no name tags, nothing is allowed. No one must know who came and went. But still tourists come in large numbers.
There is an observatory where you can watch the other side after putting Won 500 in the telescopes. You can buy gifts from the souvenir shop to take home.
There are 205 people living here in the . They have to live there for 240 nights in a year to retain their residency. And every night their presence is marked by the soldiers. A curfew is on from midnight to sunrise. Only the basic school is found and there is no hospital. Men can marry women from outside and bring them home but women have to marry men living there. It is a land of giving with terms and conditions.
Peace is not a new phenomenon, leaders and philosophers have constantly talked about it. There have been speeches on how the innocent have died for a cause that is beneficial to a few. The sacrifice of these innocents lies at UN Cemetery at Busan. Here lie the graves of the soldiers from the different countries who helped ROK achieve peace and stability during the Korean War.
So if cease fire has happened, can unity be possible? The examples of those who follow the policy of forgive and forget in the political arena are perhaps only a handful--Mahatma Gandhi who believed in non-violence. Nelson Mandela, who gained an almost godlike stature, when he forgave the government which jailed him for 27 long years in his native country during the prime of his life. Burmese leader Aung San Suu Kyi who was placed under house arrest by the opposition for almost 21 years.  They maybe a handful, but they were able to make the rare paths of peace, unity and harmony possible, but it came with many sacrifices and principles fought for.
A man who lives in the heart of every Korean, Kim Koo was the last president of the Provisional Government of the Republic of Korea, leader during the Korean independence movement against the Japanese Empire, and after 1945 a reunification activist. Maybe one day this leader Kim Koo’s words will come true, “...I want our nation to be the most beautiful in the world. By this I do not mean the most powerful nation. Because I have felt the pain of being invaded by another nation, I do not want my nation to invade others. It is sufficient that our wealth makes our lives abundant; it is sufficient that our strength is able to prevent foreign invasions. The only thing that I desire in infinite quantity is the power of a noble culture. This is because the power of culture both makes ourselves happy and gives happiness to others.” 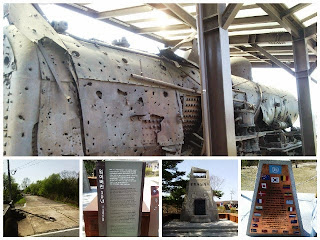 Hope lies eternal in the human breast
The youth of ROK have lost interest in unity. They secretly apprehend what they would be subjected to as the other side of DMZ does not fit into their tech-savvy capitalist lifestyle. The old who came from the northern side are few—the long gap of 70 years has weakened the bonds and only nostalgia remains. But still some have not let the dream die. President of Geun-hye has formed a 50-member commission to develop a vision of what a unified might look like. There is even a Ministry of Unification. And Christine Ahn, founder of Women De-Militarize the Zone, will be spearheading the 2015 International Women’s Walk for Peace in . “The conditions are not favourable, but we are still planning the women’s peace walk across the DMZ this May. We have formed an organization called  Women De-Militarize the Zone, and thirty women from more than a dozen countries have signed dup to walk for peace and the reunification of . They range from Nobel peace laureates to artists, academics, humanitarian aid workers, and faith leaders,” writes Ahn on https://www.opendemocracy.net/5050/christine-ahn/peace-and-reunification-in-korea-in-our-life-time. Hope does lie eternal, no dream seems impossible, but though the ceasefire agreement was signed in July 1953, there was no official peace agreement. 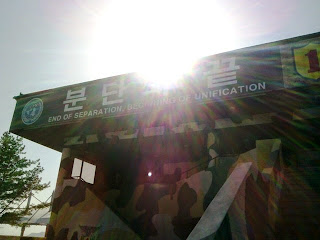 To read more about what's hot in Korea, click here 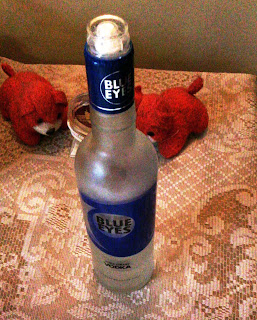 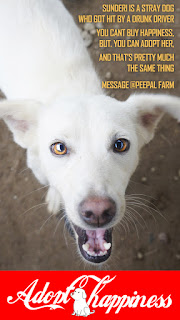